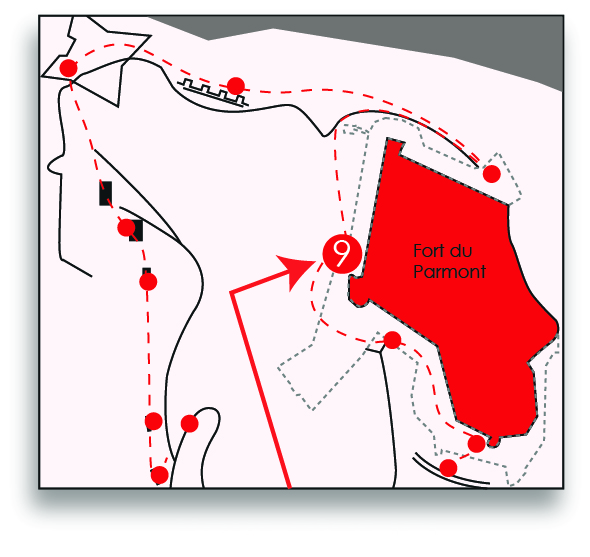 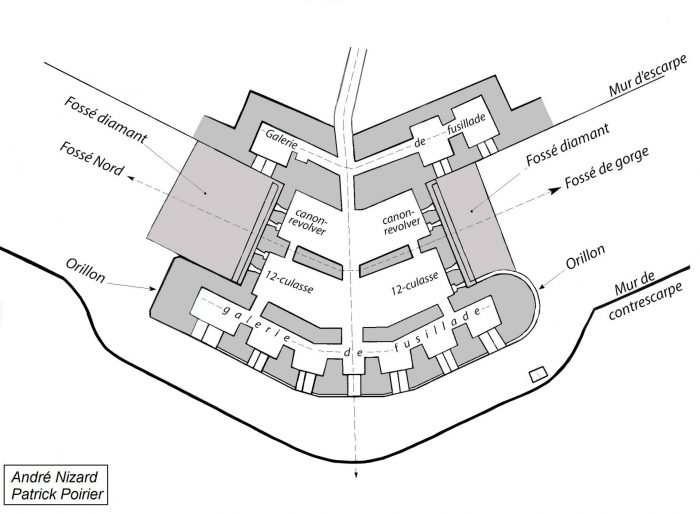 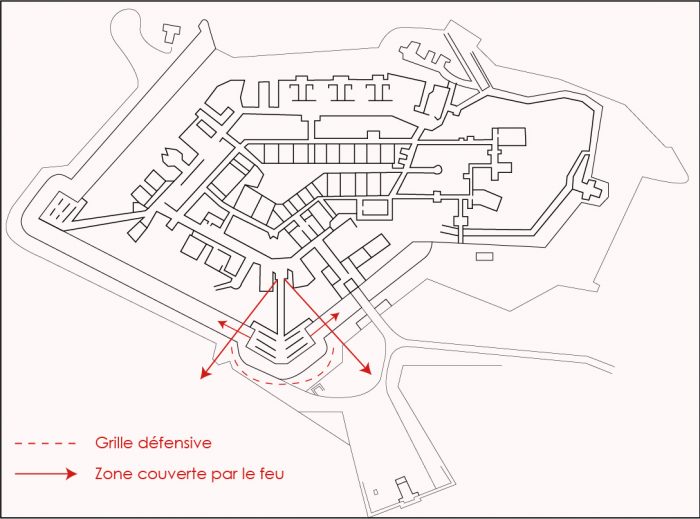 Located at salient n°1 of the fort, the double caponier must prevent the enemy from crossing North and gorge ditches. It includes:

– Two casemate bodies placed back to back with each two weapons on the same level:

• a 12-breech gun to destroy obstacles implemented by an assailant;

• a gun-revolver with bullets to neutralize this same assailant.

– On the top, an infantry parapet to prohibit  enemy assault which was possible by the reduction of the width of the ditch due to the implantation of the caponier and to cover by the fire the counterscarp grid;

– A ditch, called ‟diamond”, on each side, to guarantee the safety of the personnel and to ensure continuation of fire in case of collapse of the visors of the shooting chambers.

– Galleries of head shootings between the two orillions and the both sides of the access ramp allow the rifle shooting by horizontal and vertical loopholes.